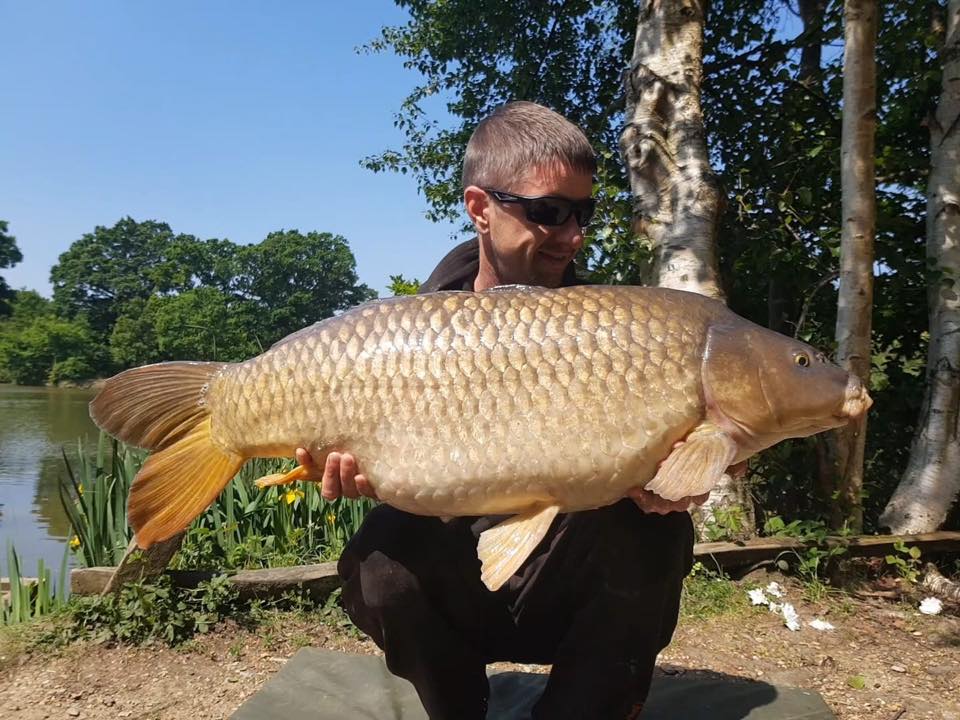 Written by Wintons Fishery on June 7, 2018. Posted in News

“I had taken days off work to go for a social for a friend’s birthday. After a quiet overnighter in peg 14 with just a couple of catfish I moved into peg 11 Don’s Swim as soon as I got the chance as the fish had been crashing out in the channel the previous night. I decided to spomb out a decent bed of partymix and then spread boilie over the top! The following morning I had a slow take on the right hand rod and eventually landed a lovely 19lb common! Later that day I had a few more catfish up to about 65lb. The following day the same rod was away again….this time with a lovely 20lb leather! (You don’t see many off those about!). So already a good session 2 x carp from Mallard I’d take that…….. But the best was still to come!!! On the final morning, with fish still crashing all over me I had another very slow take on the right hand rod! After a slow plodding battle a very large brute of a common rolled over the net cord! My session was complete with this stunning 31lb 4oz common a very short but extreamly wide fish. Another mallard 30 ticked of the list! Happy days…….. 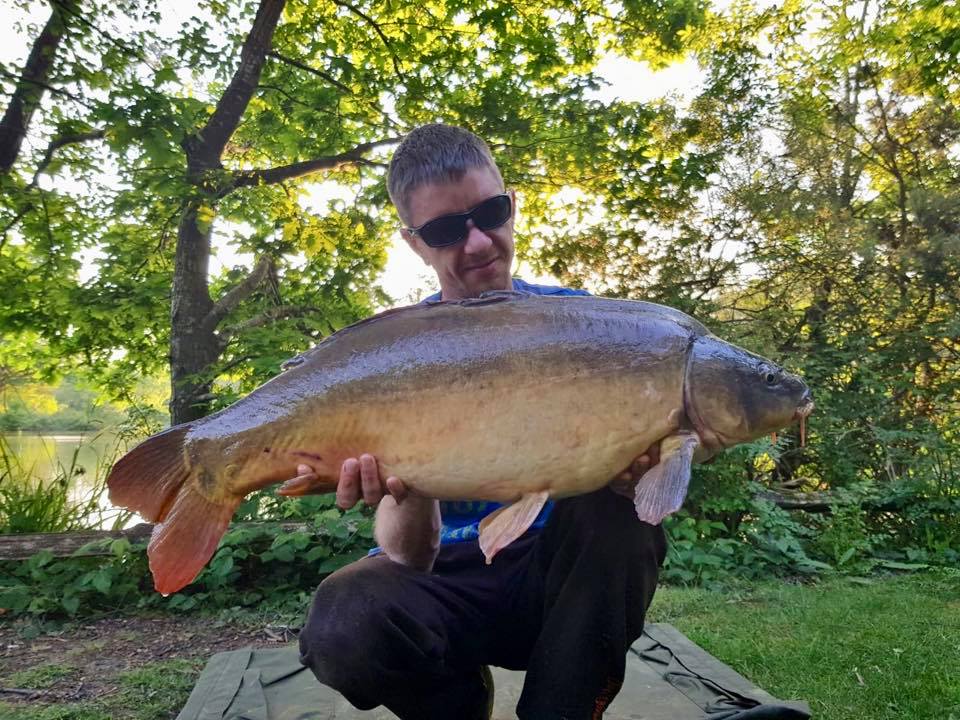 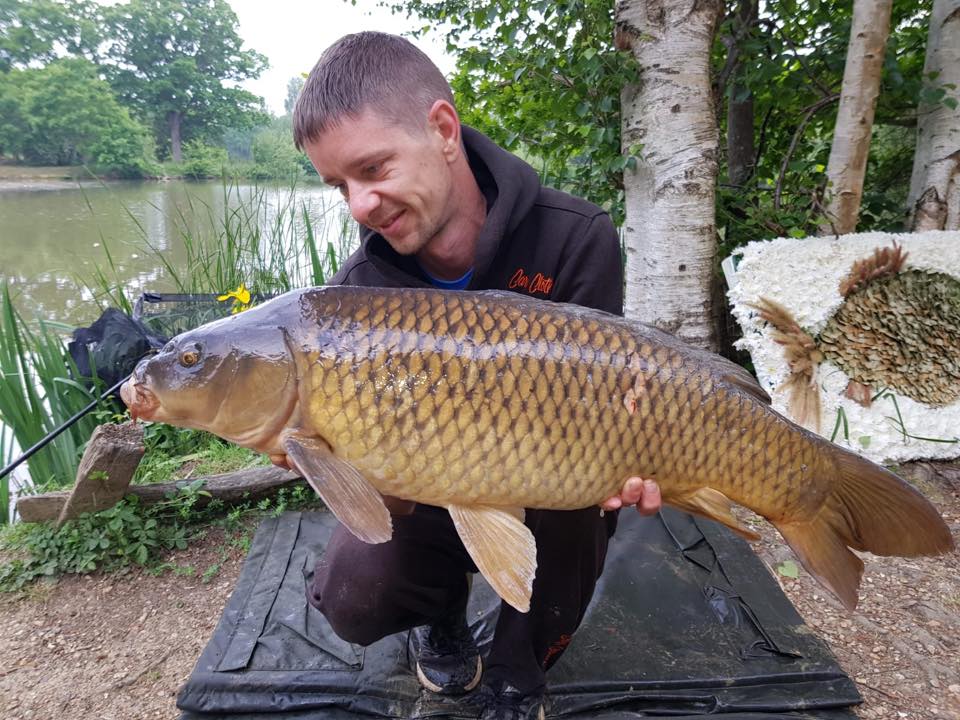