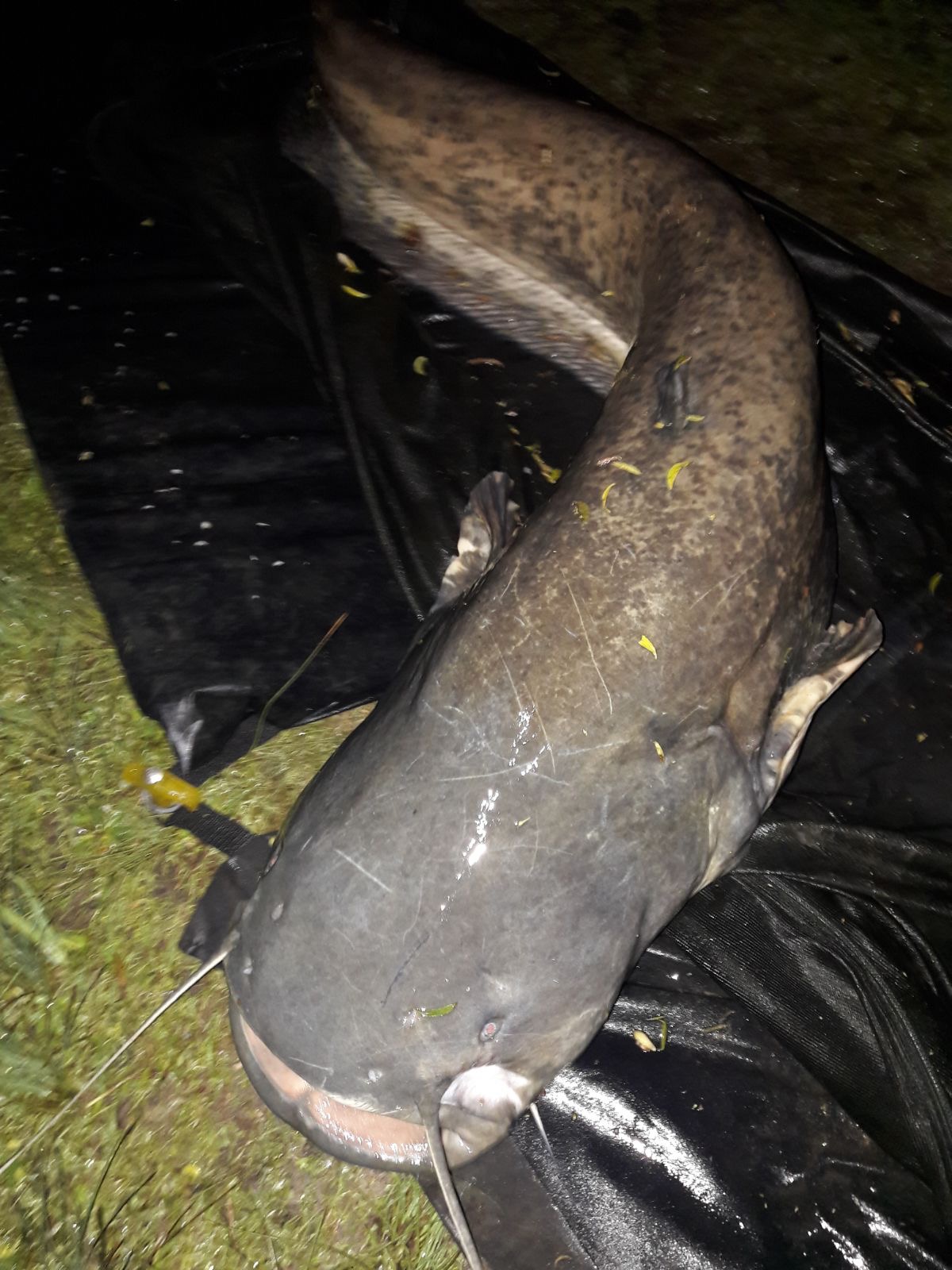 Written by Wintons Fishery on April 27, 2018. Posted in News

Steve Maybank has taken the ultimate prize!! Big Bad Barry was on the bank for him at a whopping 98lb 14oz!! Steve had not long set up and was getting a few beeps but nothing much. All of a sudden the alarm screamed off and he had the fight of his life on his hands! With the rod bent right over it took him a good 15 mins to get Barry in his net. Fishing from peg 39 Heron Lake using a fish burger made up of squid and herring Steve commented “What a beast I’m still shaking and in shock”! Well done Steve what an achievement