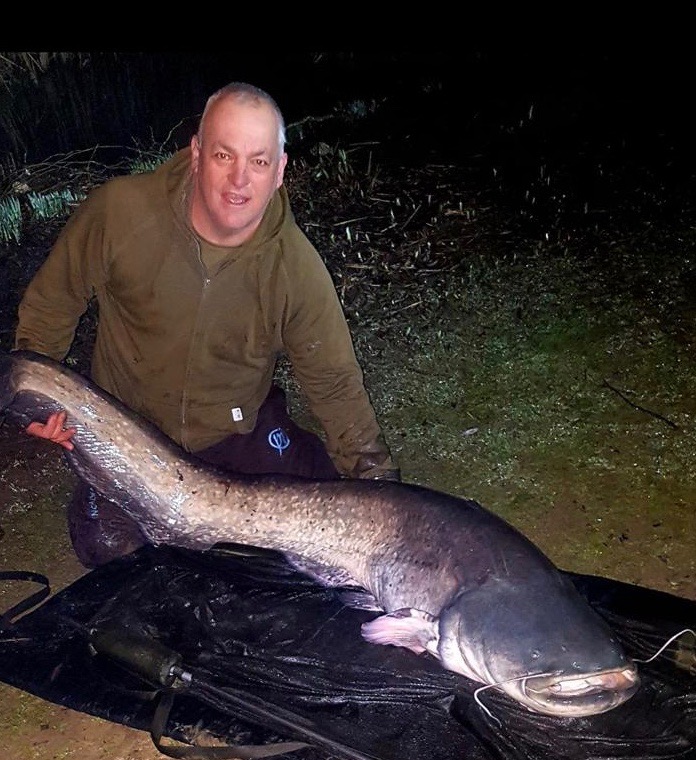 Written by Wintons Fishery on December 24, 2018. Posted in News

The beast that is known as “Big Bad Barry” was on the bank for Steve Lee on 16th February at 85lb! Caught from peg 37 Heron Lake, just down in the margins Steve commented “the fight was really good and I was chuffed to bits when I realised it was Barry and weighed it.” Well done Steve a fish that’s on many people’s list to catch!