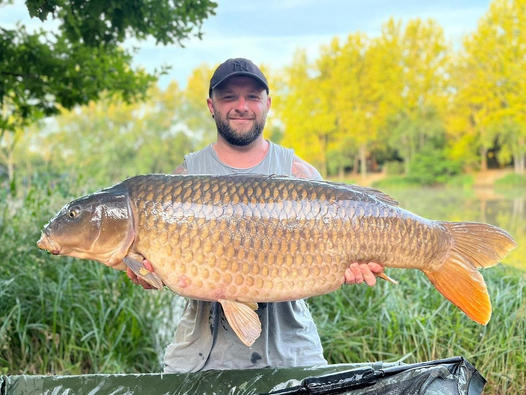 An awesome PB for Joey Benjamin with “The Pretty One” at 52lb 1oz! Joey told us that he woke up his mate Steve Wickham with his heart racing saying “I think I’ve got The Pretty One in the net!” Joey picked up the story “What a morning! 5.15am woken up to a run and after a 10 minute fight lost it

15 minutes later the other rod went, another good fight for 10 minutes taking me in the snags thought I’d lost it but out she came, couldn’t believe it there she is “The Pretty One” weighing in at 52lb 1oz. Absolutely buzzing a new PB. Thanks Steve Wickham for the pictures sorry for waking you up