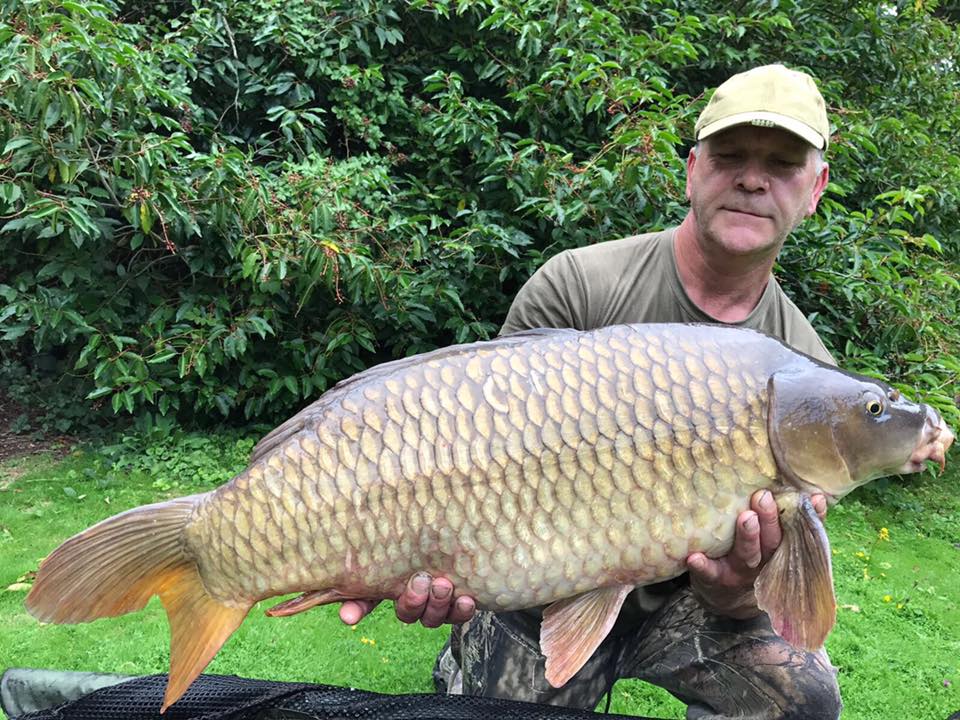 Another PB for Mark Peters! Aug 17

Written by Wintons Fishery on August 22, 2017. Posted in News

Mark Peters has caught his PB common carp from peg 16 on Mallard Lake weighing 31lb 10oz and banked another common weighing 26lb 4oz to complete a fantastic brace of commons. Mark decided that a change from tackling Heron Lake was needed and he used a 10mm Sticky Baits pineapple and butyric pop up to tempt his big commons. It is Mark’s second PB this season having caught Big Bad Barry from Heron at 89lb. Well done Mark who commented “Another PB, what a season and what a brace of cracking fish!”