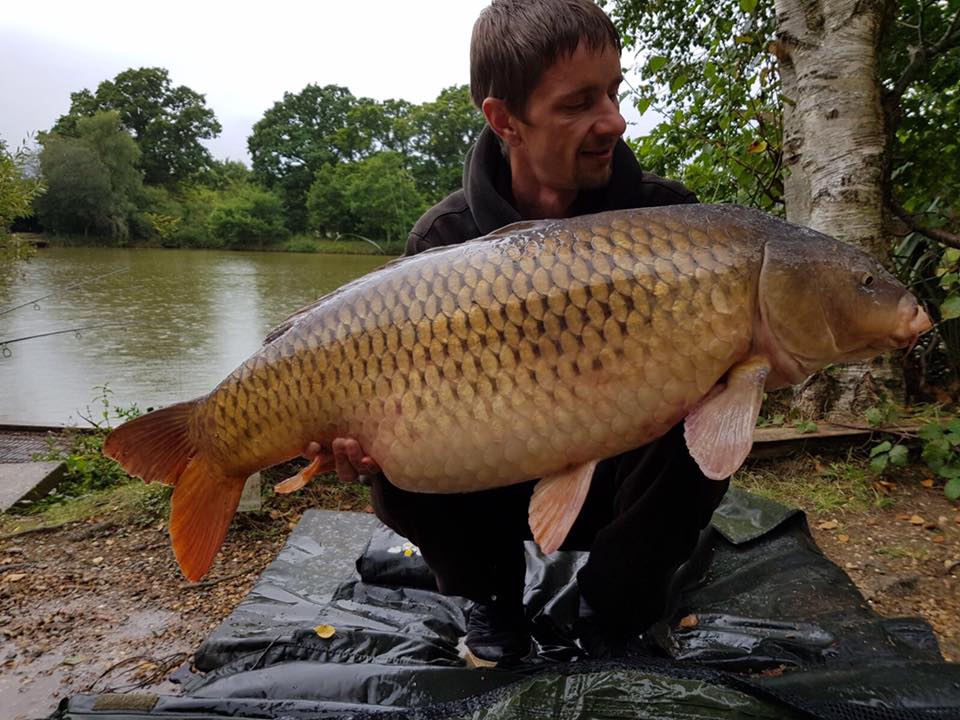 Written by Wintons Fishery on September 5, 2017. Posted in News

What a fantastic 24 hours for Dan Hickman and in his own words “Well….. what a session that was! still can’t quite believe it. I’m shattered. After getting bites from catfish most of the night landing 4 in total up to 45ish pound. I had a colourful koi at first light at just under 17lb that melted off so hard my receiver couldn’t keep up and started making really strange noises, then at about 11am I had another much slower take after a powerful battle it rolled into the net and turned out to be a nice 19lb common. But the best was still yet to come……the rain started falling and I contemplated packing up and going home however I decided to give it a few more hours, I’m so glad I did because a few hours later the rods were away again. After another powerful slow fight a monster fish rolled over the net cord all 35lb off pristine common Carp!!!!! What a brilliant 24hours fishing. Got through 4-5kg of boilies they were on the bait big time…what a good last minute decision that turned out to be!!!!!! Boom……………” Well done Dan terrific