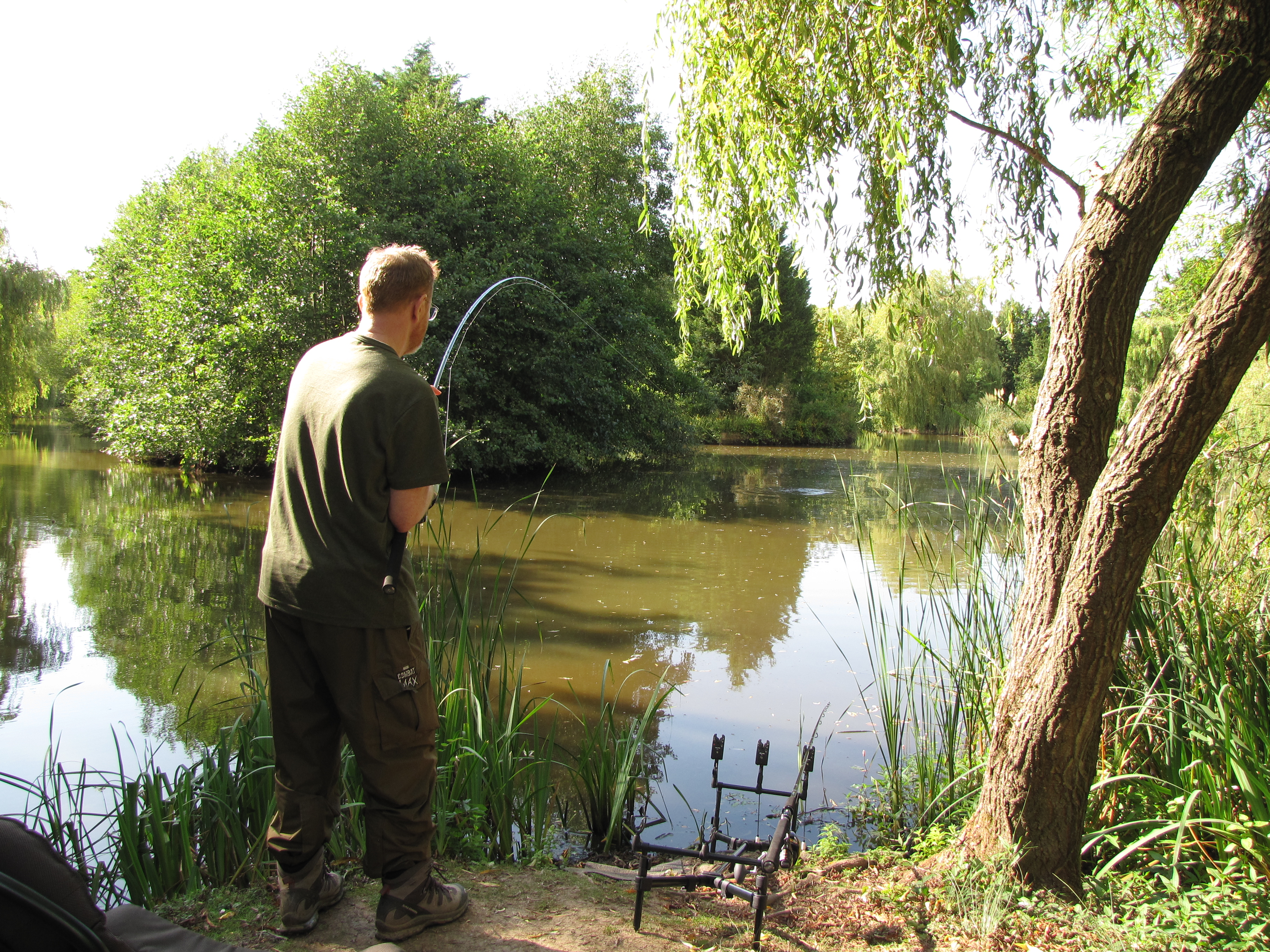 A Perfect Day at Wintons

On the last day of August I arrived to find one of my favourite swims unoccupied on my preferred lake Heron, Peg 41, from where incidentally I caught my first 20lb carp (amazingly with my first ever cast into the lake!) and similarly, the first of innumerable catfish; both many years ago. On the latter’s capture, as a longtime barbel fisherman, I recall thinking “oh so barbel aren’t the hardest fighting fish in the UK, pound for pound!”

I love the solace of the lakeside where I can recharge from the unrelenting pressures of my day job in our ever manic capital – where I lecture in technology. On this particular day my wife joined me to enjoy the relative solitude and warmth of a beautiful late summer’s day in the paradise which is Wintons.

The early morning was already humid from a rare, extended few days of persistent heat during our relatively cool, wet Summer and the lake was verily bubbling with life – I felt that familiar surge of confidence about what rewards the day might offer to me.

I always take my considered time in setting up all of the paraphernalia and enjoy the simple ritual of preparing the swim, enjoying the quiet contemplation of what the day might bring. There’s no need to rush – for although I only ever fish for a few hours it only takes a moment to get a run.

I carefully introduced a few of my usual pellets into my hotspots and cast out over the free offerings. I have always felt Wintons rewards patience and persistence and although the minutes and hours passed by with little indication the cats were on the prowl I remained confident of a prize.

Moreover, one of my personal joys at Wintons is from enjoying the peace and contemplative silence in a safe space. As the seasons unfold I adore watching the incredible and diverse wildlife, both beneath and above the surface – from the dramatic crash of leaping carp to the unmistakable flash of iridescent blue from kingfishers endlessly flying to and from their nests, from watching this year’s hatchings of ducklings to those noisy, high spirited geese…nature in permanent transition….

Suddenly and without warning the silence of my reverie was broken when in late afternoon my left alarm gave a short beep, then screamed into life, line zipping from the baitrunner indicating a fast moving fish heading toward one of the reed beds to my right, with which I connected immediately with a firm hook hold. After that initial moment of mutual bewilderment from my prey, when one is thinking perhaps a carp or a kitten, the fish took off on the first of many spectacular, exhilarating runs.

The awesome strength of catfish never ceases to amaze me and I adore the fight – trying to second guess the fish’s next move and adapting the playing style accordingly – sometimes more than a little demanding on Heron with its snags and islands but surely that’s part of the challenge – and to date I’m pleased to say I’ve only dropped a couple this season.

After a tremendous battle of wills the fish tired to the point where my wife could expertly slide the waiting net over the brave but beaten fish – a beautiful very long 44lb 3oz of perfectly conditioned catfish. Following a couple of photos for the album I carefully nursed her back to her home in Heron – a flick of the tail and she swam away strongly.

In my opinion little compares to the primal, deep satisfaction of catching and returning a fine fish and I felt thoroughly sated by my catch so, although I could have continued, it felt pertinent to slowly pack up and return home …..savouring The Moment over and over… 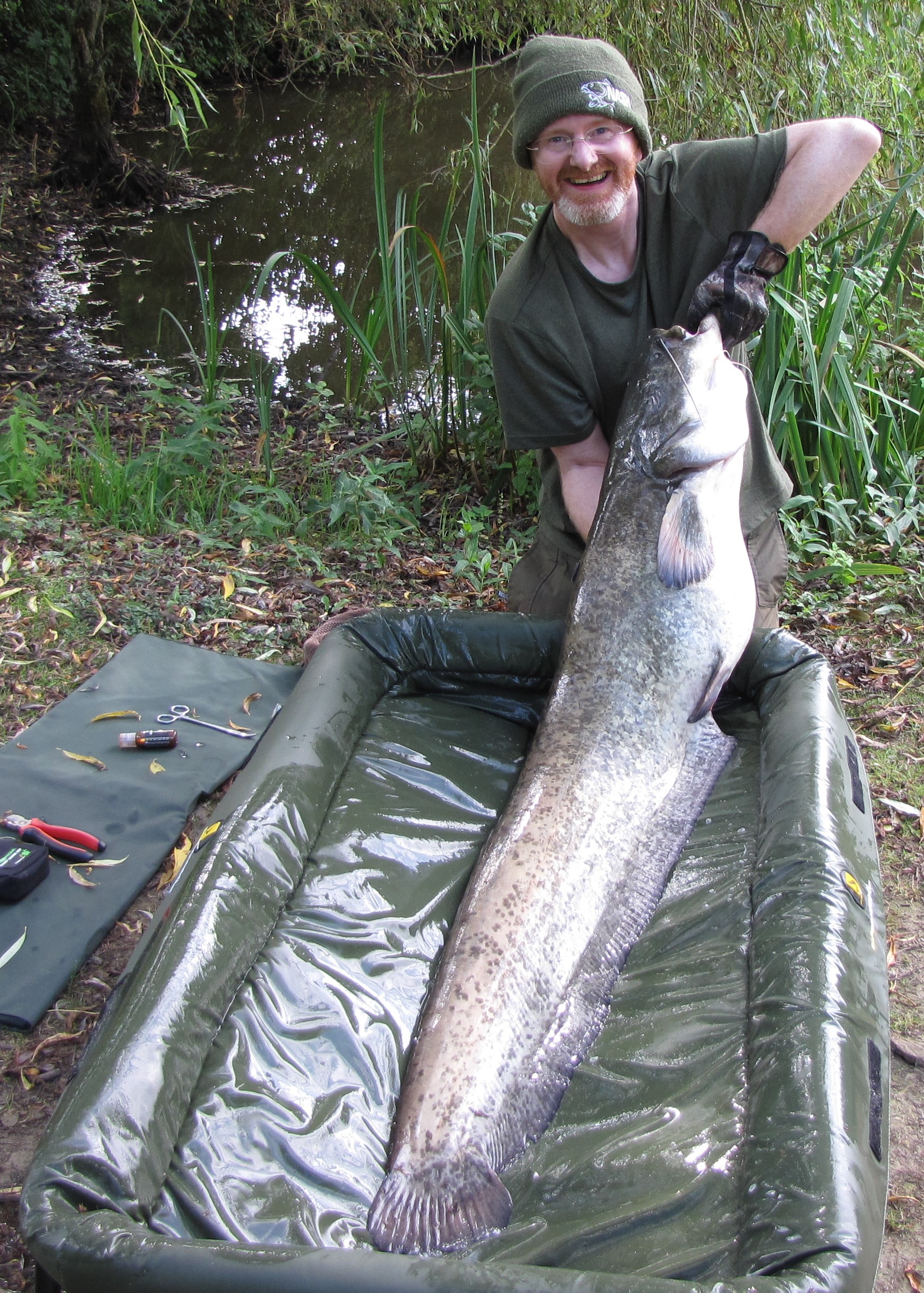 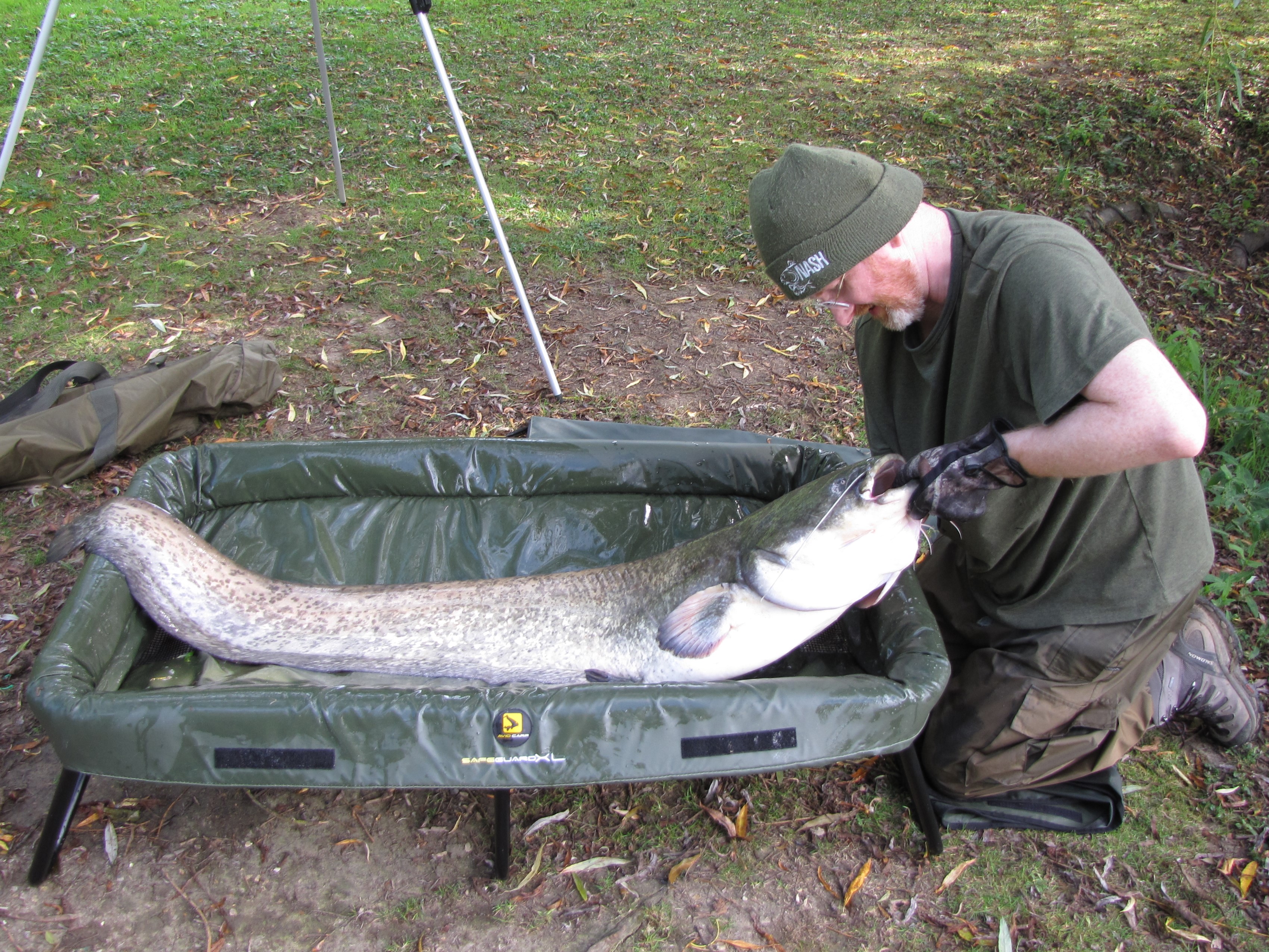