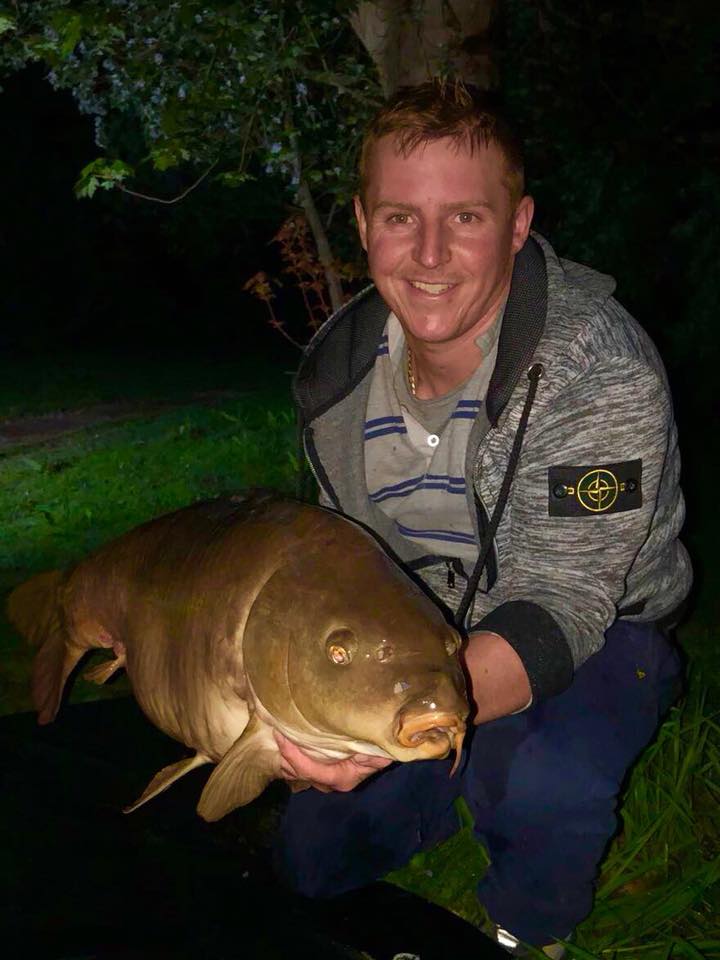 Shaun Blanks bags an elusive 30 plus Mirror from Mallard! May 18

Written by Wintons Fishery on June 7, 2018. Posted in News

Shaun Blanks has had an awesome first session at Wintons! In his own words: “Just finished my first session at Wintons Fishery with my girlfriend Steph and what an amazing venue. Fishing from peg 1 (Ethers) on Mallard Lake in the early hours of Saturday morning I had my first fish. A cat weighing 25lb 12oz followed shortly by an immaculate Common weighing 22lb 10oz, and then a stunning Mirror weighing 17lb 6oz. Saturday night I landed my second cat weighing 30lb. Sunday night I hooked into another nice Common weighing 20lb 10oz and half an hour later I managed to bank my new PB and my first 30lb carp an exceptional Mirror coming in at 30lb 10oz! All the fish were caught on Wraysbury Goose bolies. Would like to say thank you to Steph my net handler. Phil and Gary Cochrane and everyone else that helped me out over the last five nights. Everyone made us both feel so welcome.

Shaun wins a free membership for next season, a prize that Stuart put up if anyone managed to bag a 30+ mirror from Mallard Lake! Well done Shaun