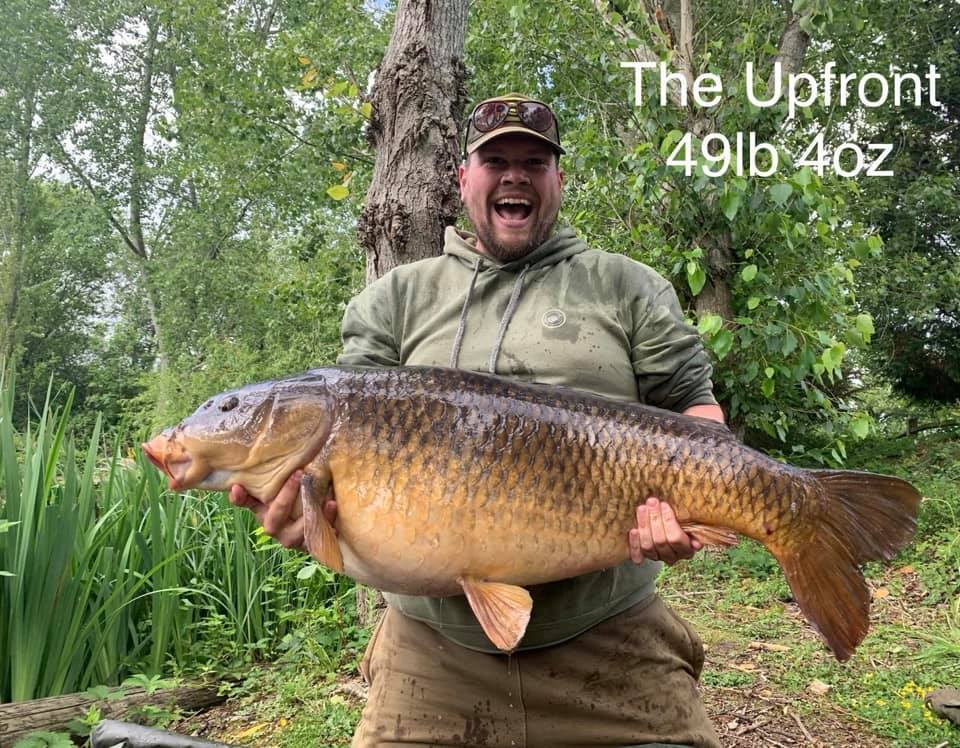 Mike Woolsey takes The Pretty One and The Upfront in a few days of each other! June 19

Mike Woolsey started off well taking The Pretty One followed quickly by The Upfront!

The Wintons bailiffs have been doing the business with Mike Woolsey taking “The Pretty One” at 47lb 4oz! Only doing a short afternoon/evening session as work was rained off brought some luck for Mike. Fishing The Ski Slope, Mike takes up the story “I saw a mouth come up and take my dog biscuit. The fish just held the bottom and then slowly came in. When it was in the net I looked at it and couldn’t believe it. It’s a new carp PB for me. And one that will probably be very difficult to better”

Mike spoke too soon because he certainly did better by taking The Upfront smashing his PB yet again!!

Mike Woolsey’s face needs no explanation taking “The Upfront” at 49lb 4oz! Mike picks up the story “So I caught her from the double swim on Kingfisher Lake on a dog biscuit off the surface. It’s been very frustrating with fish all afternoon taking every biscuit but mine. Then out of no where a mouth came up and took the bait. It’s given me a really good fight before coming in. I am gobsmacked for words I genuinely can’t believe what has happened. She weighed 49lb 4oz with witnesses James Parsons and Matt Pollack.” What a week for Mike a Wintons bailiff! 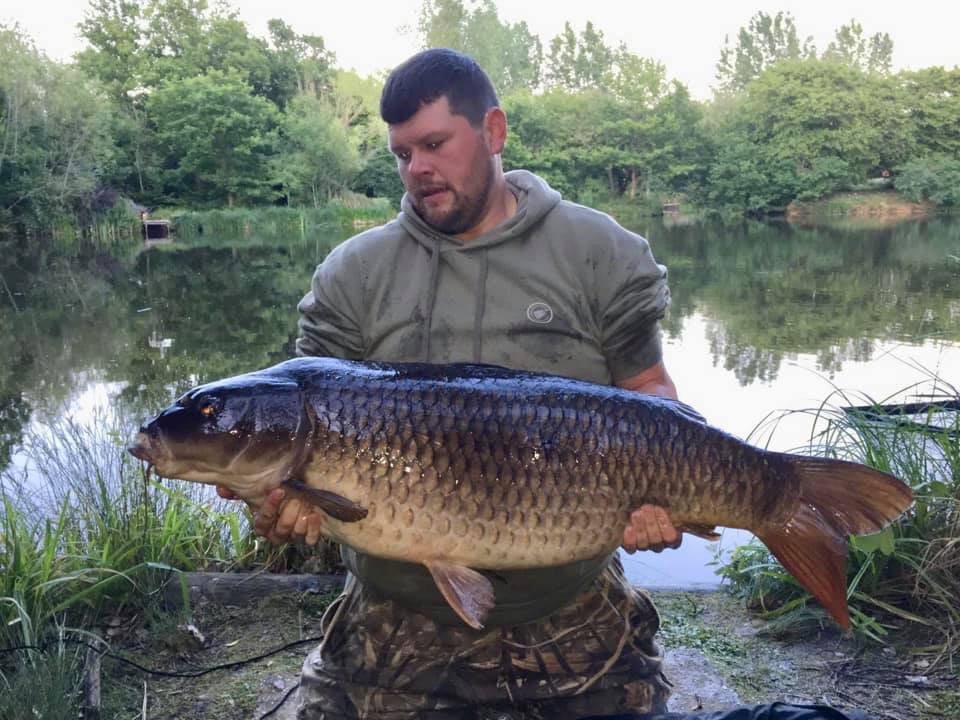