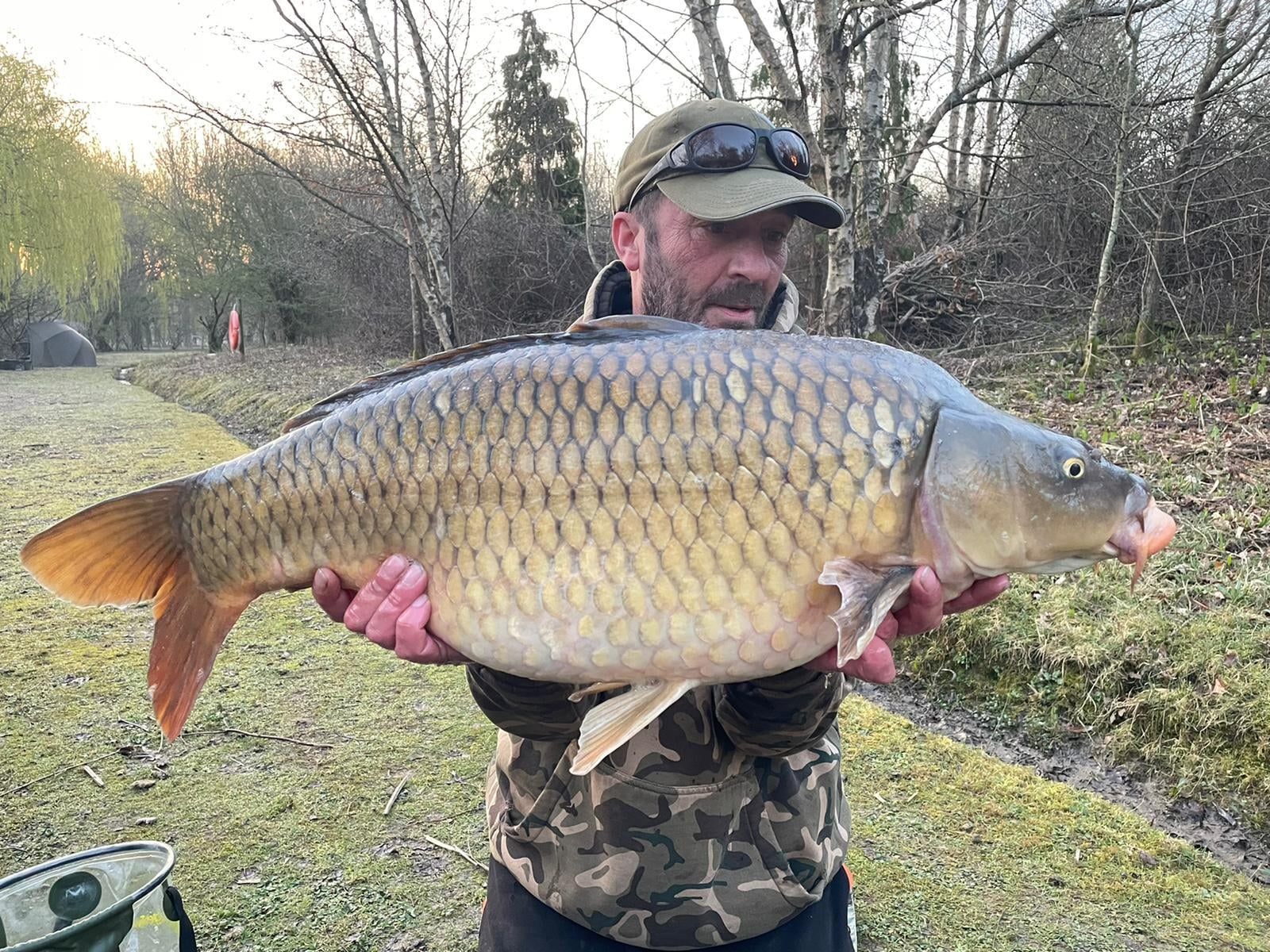 Written by Wintons Fishery on April 2, 2021. Posted in News

Andy Jenkins  had a terrific few days at Wintons with the icing on the cake a common of 32lb! Andy explained in his own words “So with night fishing back on again I booked my slot on Heron Lake and settled into my swim (46) for 3 days and 3 nights of fishing. With just bream and cats for the first night (3 of each)

the morning was cold and clear. All of a sudden a couple of bleeps and I was into a lovely 15lb common. Harry Pratt joined me that afternoon and still nothing… 5.30am a one toner awoke me and I was into a carp! An amazing fight in a snaggy corner but eventually she was in the net. She looked big, I woke Harry and we got her in the cradle. A proper chunk of a common, I was shaking as we lifted her up. And she hits 32lb!! Bloody hell I had finally got myself my target from Heron Lake and a new PB! Over the moon. Then both Harry and I were just about to weigh his carp when my rod ripped into life. Another 15lb common and a joint pick. Finally had a small unweighed common on the final morning as I was packing up. What a way to begin the new season. Many thanks to Julian Hall and Harry Pratt for pics. All fish were taken on DNA’s Milky Malts wafter over crumbed Switch. 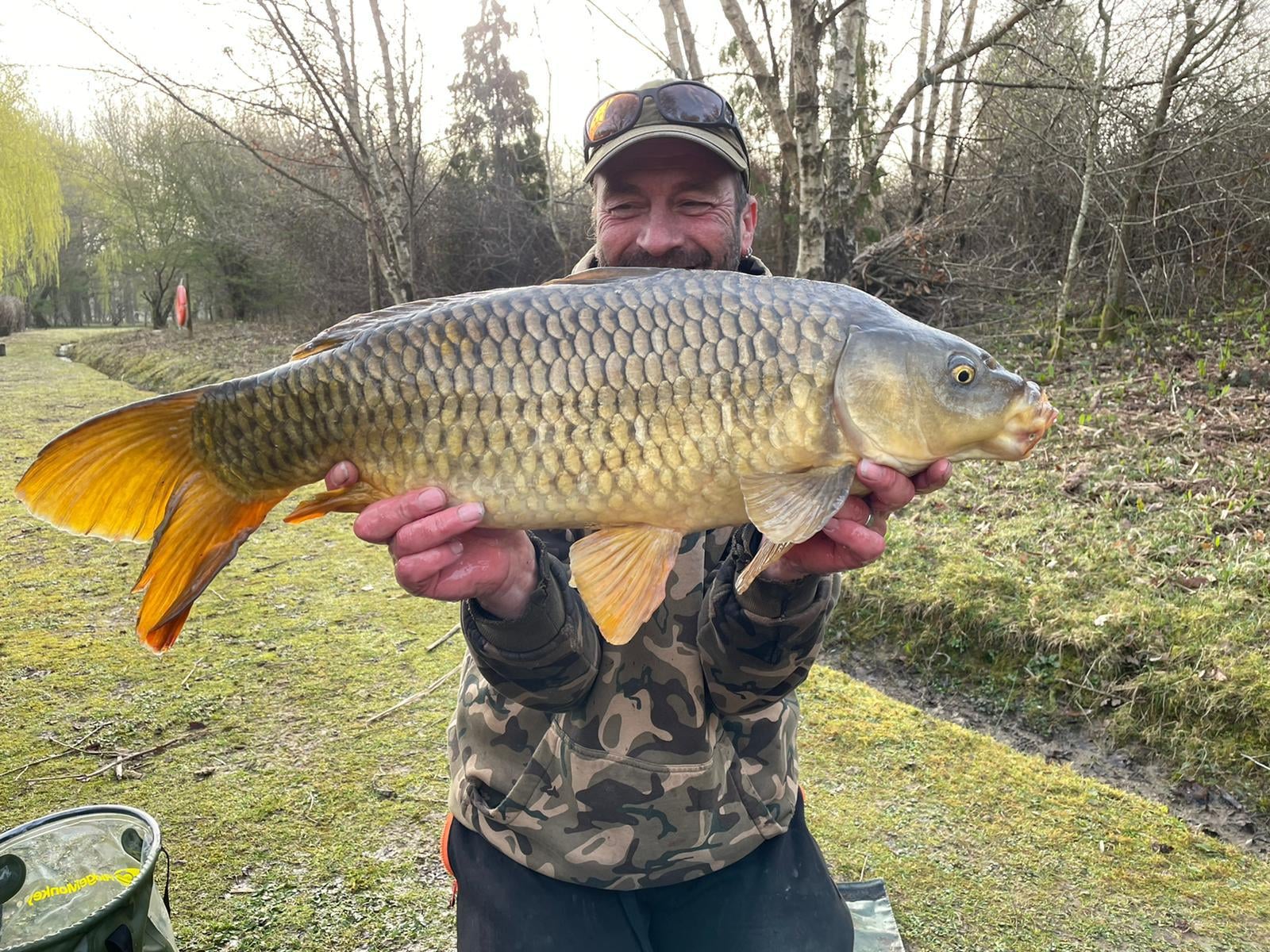 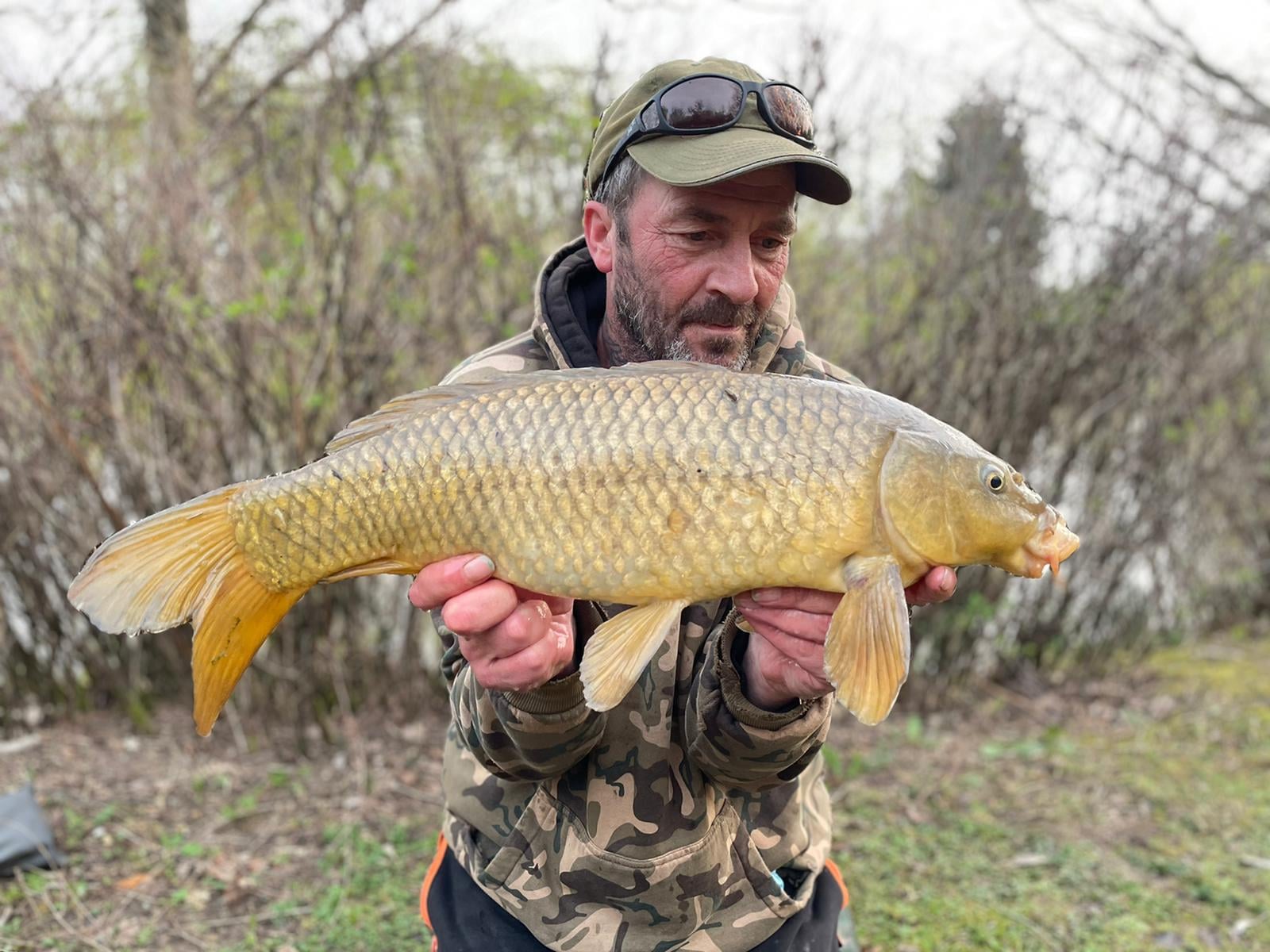 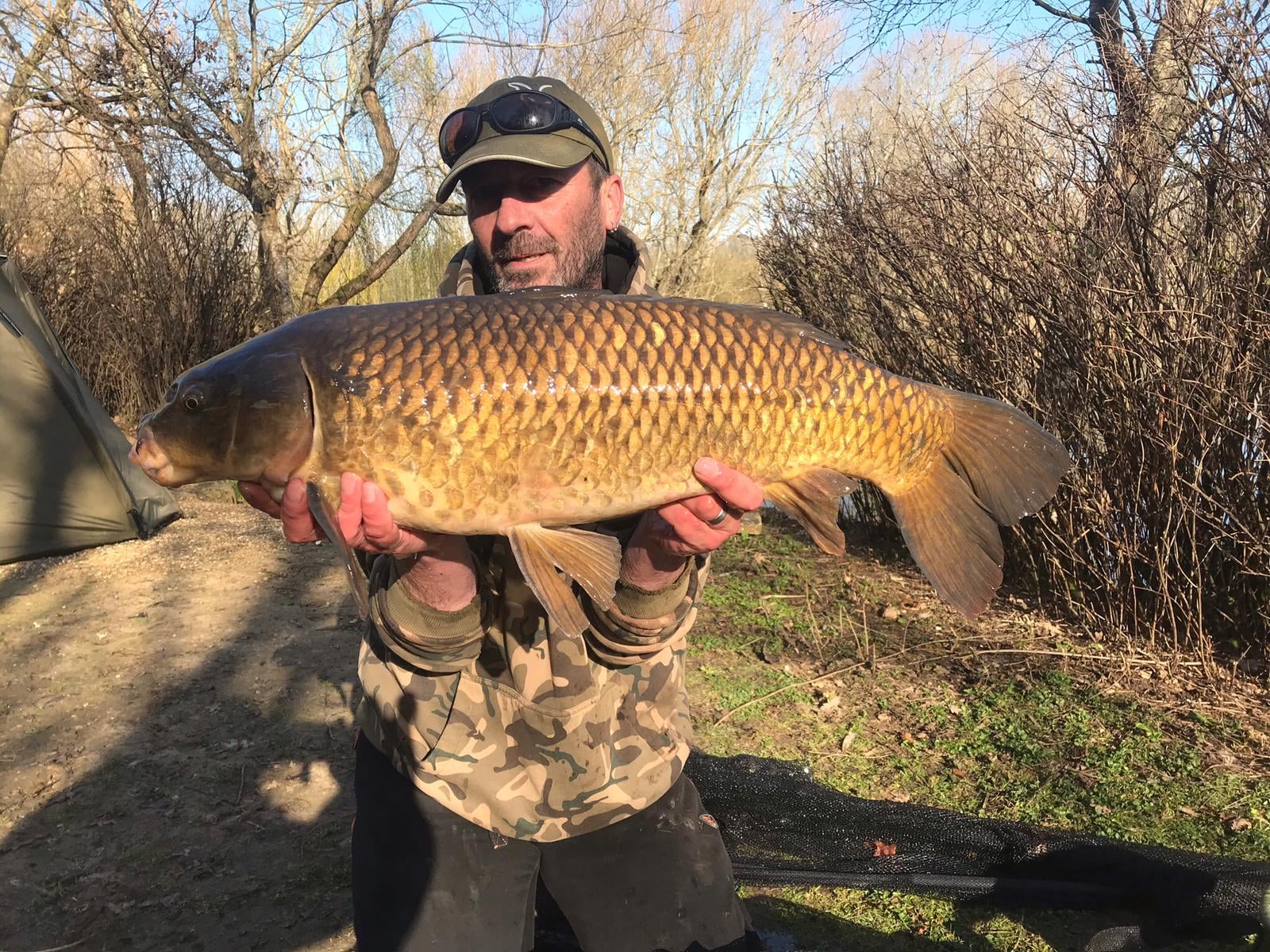 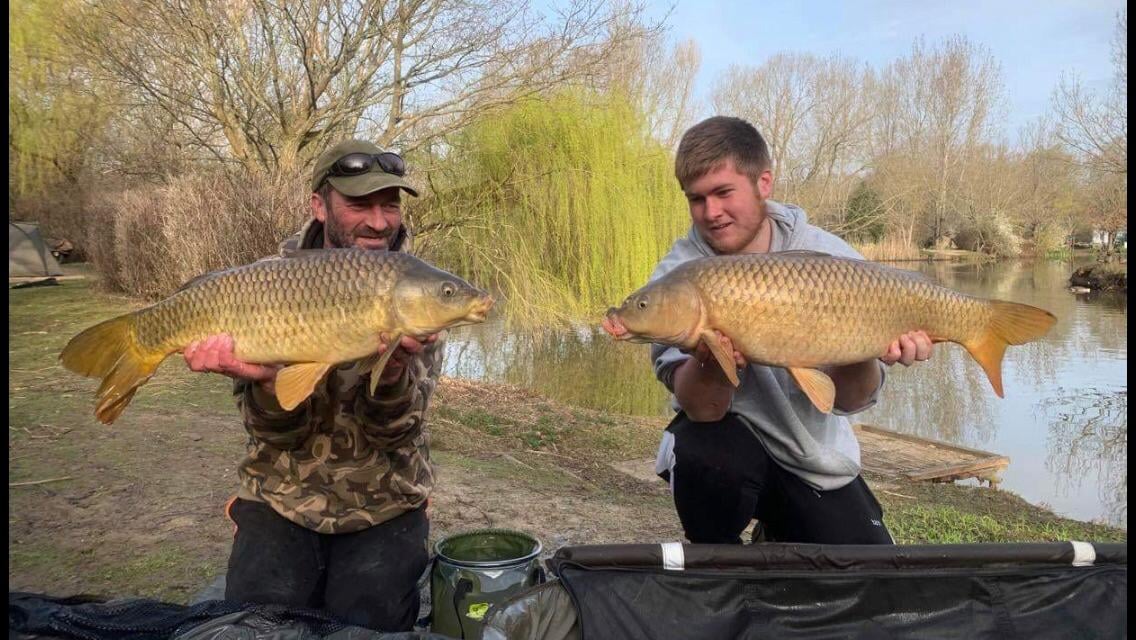